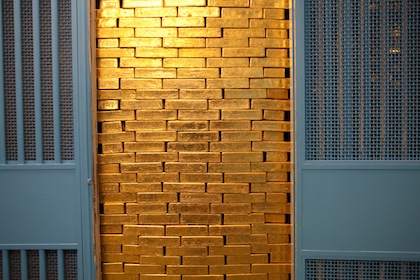 This summer, China spearheaded an agreement with Brazil, Russia, India and South Africa (known collectively as the “BRICS” countries) to create financial mechanisms that would challenge the International Monetary Fund (IMF) and as CNN’s Commentor Fareed Zakaria said no “these are worrying signs . . . because Beijing’s efforts will surely succeed. http://wapo.st/1EI46jP.

As I mentioned, the BRICS created two financial mechanisms in an effort to bolster its economic futures, one is called the New Development Bank (NDB) which will finance infrastructure and sustainable development projects and the other one is the establishment of a Contingent Reserve Arrangement (CRA) which is to assist member States going through financially difficult times. http://www.economist.com/news/finance-and-economics/21607851-setting-up-rivals-imf-and-world-bank-easier-running-them-acronym.

Why is this important, well if a country that is holding most of the United States’ debt and the debt of the European Union, Japan and Great Britain   http://en.m.wikipedia.org/wiki/Foreign_exchange_reserves_of_the_People’s_Republic_of_China has to subject itself to “harassing” scrutiny from its debtor Nations when it needs to borrow funds it forces that country to reevaluate its financial position on the world market. http://www.economist.com/news/finance-and-economics/21607851-setting-up-rivals-imf-and-world-bank-easier-running-them-acronym.

One of the World Bank’s stated goal is to promote shared prosperity by fostering the income growth of the bottom 40% for every country by 2030. It plans to do this by providing financial and technical assistance to developing countries around the world. http://www.worldbank.org/en/about/what-we-do. Although China is not a developing State, it is being treated as one. China’s economy is the second largest economy in the world and is second to the United States, so it’s a stretch to refer to it as a developing State. http://www.worldbank.org/en/country/china/overview.

The IMF states that its goal is to foster global growth and economic stability by providing policy advice and financing to members in economic difficulties in the hope of assisting those members to achieve macroeconomic stability. http://www.imf.org/external/about/overview.htm.

When a debtor State accepts funds from the World Bank or the International Monetary Fund (IMF) often time it comes with severe restrictions and conditions, such as those that were imposed on Jamaica back in the mid-1970s and 1980s. As a condition for funding, the IMF required that Jamaica remove import taxes on vegetables, meat, and milk coming into its country, which allowed American and Canadian subsidized produce and powdered milk to flood that country’s market. As a result of Jamaica’s removal of those import taxes its farming and dairy industries collapsed and has struggled to recover ever since. http://www.kaieteurnewsonline.com/2009/08/24/jamaica-and-the-imf/ and http://jamaica-gleaner.com/gleaner/20120708/focus/focus3.html.

Canada signed a trade deal with the European Union (EU) which raised concern from its dairy producers. Although Canada’s diary industry does not account for a significant part of Canada’s Gross Domestic Product it may come under fire if it ever feel the need to get a loan from the IMF or the World Bank. To read more about the Canadian and EU trade deal go to https://justdmarkets.com/eus-trade-advantage-greeks-sour-over-feta-cheese/. As you have read about what happen to Jamaica, accepting financial assistance from either of those financial institutions may come with negative consequences.

If and when the need ever arises it is my opinion that China’s desire to make the Yuan the world’s currency for trade is based upon its effort to shield itself from the kind of reforms that may give its debtor Nations economic advantages. As with most of the world’s foreign trade, the currency that most countries use to trade resources such as oil and other products is the U.S. Dollar. During the Chinese Prime Minister’s recent visit to Australia this month, the two States announced and signed an agreement to make Australia a hub for the Yuan which will give Australia the ability to exchange Australian dollars directly into the Yuan as opposed to first converting them into the U.S. Dollar. Such an agreement has the potential to booster Chinese investment in Australia seven fold to an estimated $300 billion by 2020. http://www.bloomberg.com/news/2014-11-16/sydney-yuan-hub-seen-saving-importers-7-in-trading-currencies.html. This is because the deal also included a free-trade agreement.  Since Australia is China’s biggest trading partner there is no wonder why China gave Australia a potential financial windfall.

China also signed foreign currency agreements with the United Kingdom, Hong Kong, Taiwan, Singapore, France, Korea, and Germany to clear trades in the Yuan. It appears that China is approving clearing houses for its currency in cities and States where international trade is facilitated. Such steps evidence that the Yuan is being given serious consideration internationally and may be in a position to challenge the U.S. Dollar in the near future.

Nicholas Lardy, senior fellow at the Peterson Institute for International Economics in Washington, recently commented that China is no longer intervening in the foreign exchange market on a large scale, http://www.forbes.com/sites/kenrapoza/2014/08/18/china-cuts-u-s-debt-holdings-again/, and I believe that it is due to China’s effort to support its own development bank. China has begun to lower its U.S. debt holdings for the fourth time in a row from this June, dropping from $1.317 trillion last November to $1.28 trillion.  When economies such as China get into a bind financially, its options are the World Bank or the IMF. If China is hedging on the possibility of a housing bubble bursting in its country, then creating financial institutions that will not insist on stringent reforms as a condition for a loan is the best way to go.

China’s growing housing market is raising concern regarding its overall economic health and for good reason. When the U.S. housing market collapsed it caused home prices to drastically fall and resulted in millions of American defaulting on their home mortgages. U.S. banks also stopped lending money to people who would have normally qualified for home mortgages and other types of loans. Those actions virtually caused the U.S. financial system to come to a streaking halt.  China has approximately 60 million people working in its construction industry and if those individuals are not able to work and provide for their families they certainly will not be able to purchase goods and services from retailers that ultimately drive any country’s economic engines. http://time.com/money/3394655/china-housing-bubble/.

In the end, which country’s currency will be the dominate instrument for foreign trade, literally only time will tell. The balance of world economic dominance lies in the wake of the outcome. The solution for the U.S. in challenging China’s effort to make the Yuan the world’s currency is a less divided government when it comes to foreign trade. http://americastradepolicy.com/u-s-trade-policy-in-gridlock/#.VGzhBvnF86o.

While the U.S. Congress is constantly in gridlock, the Chinese government is steadying its course by trading with countries in Africa, Europe and Latin America. Some of those trades include agriculture, industrial equipment and natural resources. http://www.washingtonpost.com/blogs/worldviews/wp/2014/08/05/how-other-countries-are-scrambling-for-africa-alongside-the-u-s/.

Agricultural trade is a key component to China feeding its 2 billion people and with the U.S. experiencing drought conditions never before seen http://www.cbsnews.com/news/depleting-the-water/ it is crucial that the U.S. find solutions to supplement any shortfalls related to the drought. A cursory look around the world will find that China has acquired some of the richest agricultural lands in Africa and Europe for that purpose. http://www.drought.gov/drought/content/products-current-drought-and-monitoring-drought-indicators/us-drought-monitor. Will agricultural and natural resource trade deals be the mechanism that China uses to ensure that the Yuan succeed in replacing the U.S. Dollar as the pillar for international trade? If so, it’s no wonder why Fareed Zakaria said that “these are worrying signs” that China will succeed.