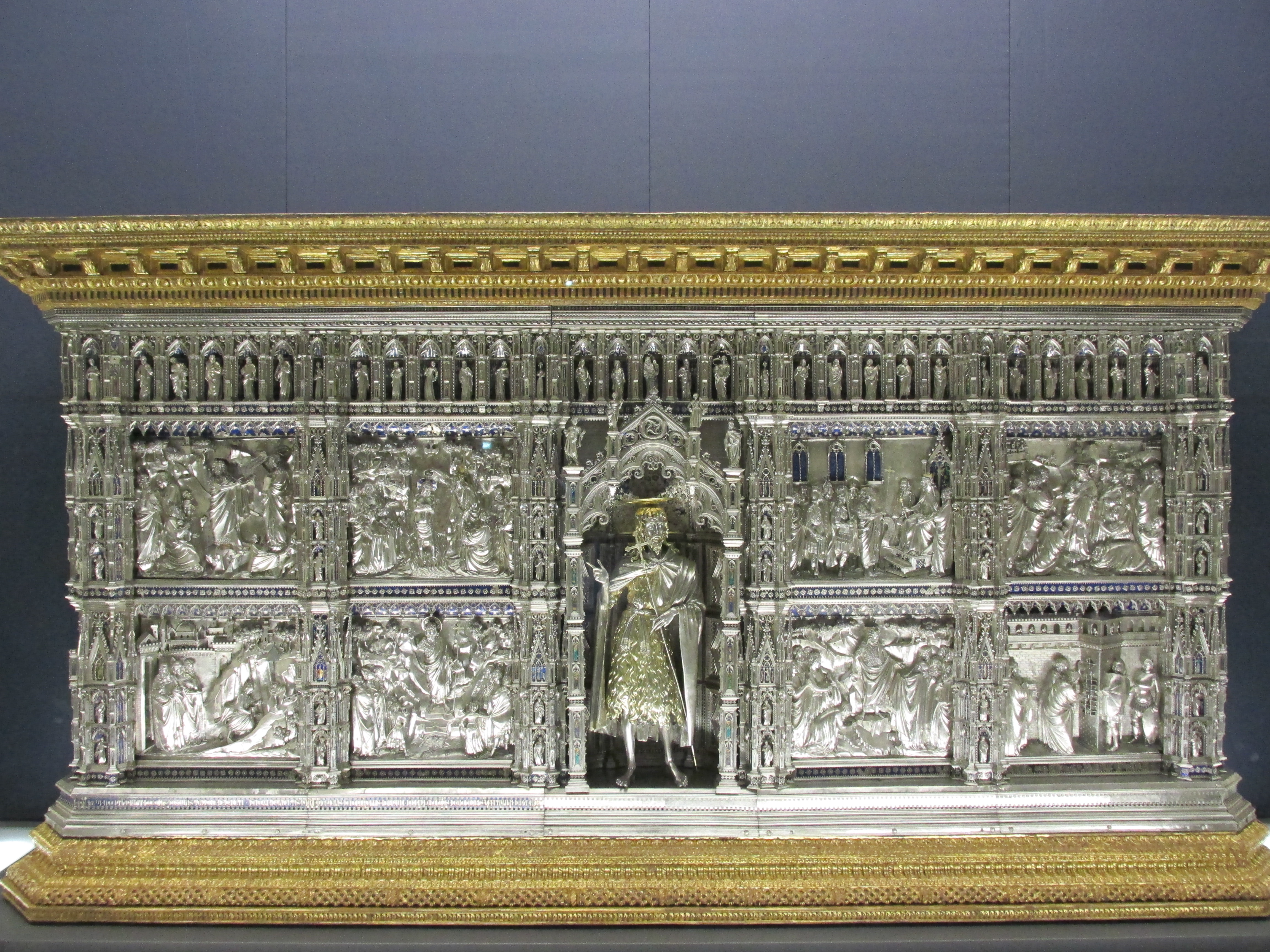 China and the U.S. are among some of the countries vying to secure a stake in Africa's natural resources, but each of those States are employing very different methods to achieve its goal. China has a See No Evil Still See No Evil Policy regarding corruption in African States and conditions its aid assistance on a quid pro quo basis. In exchange for favorable terms regarding Aid, Greenfield Investments and trade deals coupled with the sale/extraction of natural resources, China gives African State unrestricted monies to use or do with it as it sees fit.

The Continent of Africa is flushed with natural resources that the world over is rushing to gain access to or take control over, specifically China and the U.S. http://www.thenation.com/article/180848/china-america-and-new-cold-war-africa#. The list of natural resources that are currently being exported out of Africa for Western and Asian consumption and utility includes resources other than oil and gas. The list can be found at this link,

As stated, China and the U.S. are among some of the countries vying to secure a stake in those African States’ natural resources, but each of those States are employing very different methods to achieve its goal. China has a See No Evil Still See No Evil Policy regarding corruption in African States and conditions its aid assistance on a quid pro quo basis. In exchange for favorable terms regarding Aid, Greenfield Investments and trade deals coupled with the sale/extraction of natural resources, China gives African State unrestricted monies to use or do with it as it sees fit.  http://www.breitbart.com/national-security/2015/06/16/bloomberg-five-million-reasons-why-china-could-go-to-war/.

Whereas the U.S. employs more of a carrot and stick approach to doing business with African States. It mandates that recipients of aid bolster the rule of law, reform regulations and root out of corruption. http://www.africanglobe.net/business/china-fight-economic-influence-africa/.

Those strict conditions could be a major reason why the U.S. is taking it on the chin from China in Africa. Another reason could be that the U.S. is late to the Natural Resource Party, which stemmed from its past Policy of Isolationism. https://www.bostonglobe.com/opinion/2013/06/24/the-ignores-africa-its-own-peril/aDaeHX8JnPLdNQYVJLbuqL/story.html. Since the election of President Barack Obama, the U.S. has utilized  a Policy of inclusion and collaboration, which has resulted in favorable trade deals and more Greenfield Investments on that continent. The U.S. still employs the carrot and stick approach when it comes to economic aid, but not with such a heavy hand which in the past has caused the U.S. to be frozen  out of potentially enriching opportunities.

Granted, if States such as China are not requiring regulatory or social change as a condition for aid then one shouldn’t expect an oppressive leader, who controls a vast supply of natural resources, to change his offensive ways in exchange for that aid.

Assuming that contention, is the U.S. employing the wrong strategy to encourage change in Africa or is it holding African States to a different standard than it is holding States such as Saudi Arabia and China with their own human right issues and autocratic governments.

Sure, States such as Zimbabwe, Angola, Liberia and Libya, which are listed among the top ten corrupt countries on the continent of Africa, http://www.africacradle.com/2015/02/20/africas-top-10-most-corrupt-countries/, failure to voluntarily bolster the rule of law, reform regulations and root out of corruption may stem from a lack of mandate to do so, but those States are not indicative of the African continent as a whole.

I must admit seeing Kenya on that List was quite surprising because of the economic strives that it has achieved through its current leadership. Based upon the rationale for it being placed on that List, it appears that Kenya’s current administration has more work to do at the local levels of government to root out corruption.

One reason that all is not lost in Africa are the reforms that other African States are putting in place to grow its economies and strengthen its national infrastructure. Such efforts are anticipated to drastically improve not only those items, but also their educational systems. For example, States such as South Africa are revisiting and revising the favorable tax breaks that were granted to foreign corporations in the past, which has negatively affected its National Treasury.

AllAfrica reported that South Africa Revenue Services (SARS) is going after billions of rands that were lost through wasteful incentives and trade mispricing. http://allafrica.com/stories/201506121701.html. It also reported that the SARS recovered approximately 5.8 billion rand (460 U.S. million dollars) between 2011-2014 and attributes 55 percent (3.4 billion rand or 274 million U.S. dollars) of that figure to the mining industry.

In addition to South Africa, Kenya has also demonstrated good governance as evidenced by its latest budget priorities. Kenya’s National Treasury Cabinet Secretary, Henry Rotich, announced that Sh13.8 billion (140 million dollars) of Kenya’s budget would be dedicated to irrigation projects in an effort “to build resilience in our economy and assure food security for our people throughout the year.” He also announced that Sh29.5 billion (295 million U.S. dollars) would be dedicated for water supply and sanitation with an additional Sh2.1 billion (21 million U.S. dollars) being dedicated to water storage and flood control. http://allafrica.com/stories/201506120353.html. Efforts such as those announced by Mr. Rotich and South Africa evidence the fact that African leaders can govern effectively when they put their country’s interest before their own.

An example of questionable domestic Policies, AllAfrica reported that the tax breaks granted to six of the largest mining companies in Sierra Leone were equivalent to 59 percent of its total budget or equivalent to eight times that State’s health budget. That example alone clearly demonstrates how inept Trade and Tax Policies coupled with poor leadership can negatively impact the future of a Nation.

One African State with ineffective leadership coupled with failed domestic Policies is Zimbabwe. It used to be an agricultural powerhouse prior to its President’s, Robert Mugabe, 2000 controversial decision to patriate land to non-white Zimbabweans, http://www.dailymail.co.uk/news/article-132504/Zimbabwe-white-farmers-fight-flee.html, which crippled that State’s agricultural industry. As a result of the collapse of its agricultural industry Zimbabwe’s economy has plunged into hyperinflation. After years of failed attempts to revive its economy, Zimbabwe proclaimed its dollar as worthless and that it would no longer be used as that State’s official currency. http://allafrica.com/stories/201506120994.html.

I believe that African Americans rallying cry “Black Lives Matter” is also applicable to Zimbabwe, but with a slight change, “All Lives Matter.” For instance, I don’t believe that those displaced farmers were given fair compensation or any compensation for the taking of their private property, which was a travesty. Actions taken by the Zimbabwean government are those that keep foreign investors from wanting to do business in that State, which ultimately affects everyone who lives in that country; thus, hyperinflation coupled with the devaluing of its national currency.

The bright side of that calamity is that that discriminatory Policy can be reversed or amended to fully compensate the displaced farmers for the lost of their property and in a numbers of those cases for the lost of loved ones who were killed by Pro Mugabe forces. As I wrote earlier and believe now good governance can lead to a reversal of a State’s bad fortunes, but that will require a change in the mindset of those in positions of power to put the interest of those they govern over their own. Unfortunately, leaders in the West are not good examples of that hypothesis as evidenced by the success of corporate lobbyist in the U.S. ability to get what most Americans can’t from their elected leaders, an ear and a voice from a representative who will act on their behalf.

My hope and desire is that a strong and vibrant Africa will rise to a level where it is no longer deemed a continent of States that can’t take care of itself which are led by greedy and incompetent leaders, but looked upon as a continent with competent and equal partners whom Western and Asian States can do business with it. One glimmer of hope comes from Tanzania. It is getting a second chance to make better financial decisions regarding a newfound natural resource that was located within its borders, natural gas. Although Tanzania is currently the 3rd largest exporter of gold, twenty years ago it was the largest exporter of gold and unfortunately doesn’t have much to show for monetarily. The reason for that outcome is based upon what I discussed earlier, ultra favorable tax schemes and leaders putting the needs of the populace last.

In 2010, the value of Tanzania’s mining exports grew to $1.5 billion but the annual government revenue from its sale was only about $100 million, or about 7%. http://www.gfintegrity.org/tanzania-needs-careful-gas-revenues/. The reason for the disparity in income realized by the Tanzanian government stemmed from what I discussed earlier and as reported by Global Finance Integrity, “bad practices concerning mining contracts, rampant trade misinvoicing, and a misaligned focus on the country’s long-term goals.”

As I mentioned earlier in this Post, Tanzania’s second chance is coming from the natural gas that was discovered off of its shores. Tanzania’s gas reserve is estimated to be worth $20 billion and with 35% of its citizens living in poverty and only 24 percent of the country connected to its national power grid, http://venturesafrica.com/new-gas-discoveries-to-save-tanzania-1bn-annually/, let’s hope that Tanzania had learned from its past mishandling of a natural resource and do right by its countrymen.

A good start would be to enact Domestic Policies that are designed to enrich the lives of ordinary Tanzanians and that will bolster the National Treasury for the benefit of future Tanzanians.

Tangu tumboni sisi ni kufanyika baada ya mwingine, na miguu sisi ni uwiano na mbili kwa wakati sisi ni escorted na wengine nafasi yetu ya mwisho ya kupumzika – sisi wote ni sawa ndani na kuchukua safari hiyo katika maisha hebu kufanya kazi nzuri ya kudumisha asili rasilimali kwa ajili ya wale ambao kwa sasa unaendeshwa[from the womb we are carried by one, with legs we are balanced by two in time we are escorted by others to our final resting place – we are all the same inside and take the same journeys in life let’s do a better job maintaining the natural resources for those currently being carried].