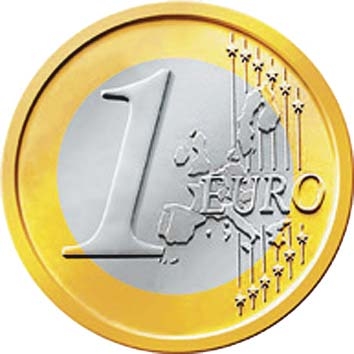 Since the annexation of Crimea Russia has is now obligated to supply Crimea with the basic necessity to survive, such as water and electricity. That obligation is becoming increasingly more difficult for Russia to achieve because of the military operations being conducted on both sides of the Ukrainian border.  In order for Russia to quiet the growing outcry of its new citizens it needs the Ukrainian eastern border to remain open, but with Russia continuing to antagonize the Ukrainian government I don’t see how that is going to happen on a consistent basis. Russia needs that border to remain open so that it can begin to put into place the necessary infrastructure to lessen Crimea’s dependency on Ukrainian water and electricity.

In addition to absolving itself of Crimea’s water woes, Ukraine can now divert that water someplace else within its newly drawn borders in an effort to restore its once productive farming industry and agribusiness. http://www.nytimes.com/2014/05/28/business/ukraine-faces-hurdles-in-restoring-its-farming-legacy.html?_r=0 Prior to the annexation of Russia, Ukraine was responsible for Crimea’s $1.53 billion (US) budget deficit coupled with the responsibility of updating its aged infrastructures such as railways, roads and ports. http://www.reuters.com/article/2014/03/19/ukraine-crisis-crimea-deficit-idUSL6N0MG4EF20140319.

As of November 2013, Ukraine carried a budget deficit of 5.68 billion (HR), which converted to U.S. dollars totals $442,696,359.  http://www.kyivpost.com/content/business/finance-ministry-deficit-of-ukraines-national-budget-in-november-2013-remains-at-hr-568-billion-334592.html. Based on that converted figure it appears that Ukraine can clear out most if not all of its budget deficit with Russia taking Crimea off of its hands.

With such a potential windfall, Ukraine’s stature in the West should improve tremendously which may put it one step closer to meeting the criteria for entry into the European Union. The aforementioned is possibly a substantial and unforeseen consequence of Russia’s incursion into Ukraine and its subsequent annexation of Crimea. What Ukraine did lose to Russia as a result of the annexation was an estimated 2.3 trillion cubic metric feet of natural gas that is located off the shores of Crimea. That reserve is estimated to potentially supply Europe with natural gas for approximately 5 years, but since Ukraine had yet to develop that resource it certainly can’t miss what it never had reaped.

So in the grand scheme of money and power, it appears that Ukraine gained more from the annexation of Crimea in the short term than Russia did, which may be the reason that Russia continues to antagonize Ukraine into a war that Russia knows it will win.

Will Russian pride draw the world into another global conflict or will Russia be content with what it took from Ukraine and let Ukraine join the EU without further incursions. In the end, I see Ukraine becoming a member of the EU with NATO protection, which will make it very difficult for Russia to reverse the course that it has set out to complete, which is to bring Ukraine back into the Russian Federation.