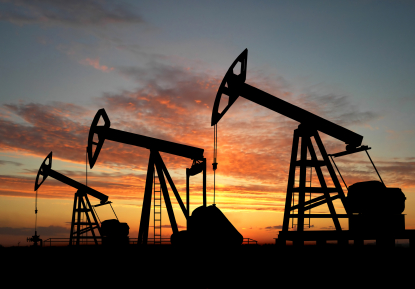 It is common knowledge to the informed that 2/3 of Russia’s natural gas export to Europe travels through Ukraine via an oil pipeline, which has been frequently shut off by Russia as an effort to remind Europe and Ukraine that it is still relevant. Prior to the annexation of Crimea by Russia Ukraine had been entertaining the idea of joining the European Union, which did not sit well with Russia. Thus the riots of discontent when then Ukrainian President, Viktor Yanukovych, reversed course in favor of a more cooperative relationship with Russia. But for Mr. Yanukovych’s political decision there are strong opinions that Ukraine may have joined the EU as Mr. Yanukovych had proclaimed in May 2011, which would have seen Russia’s influence over Ukraine diminished and EU’s reliance on Russian oil and gas come to a slow crawl. Prior to Russia’s annexation of Crimea, Ukraine was sitting on approximately 2.3 trillion cubic metric feet of undeveloped natural gas.

In 1982, the United Nations Convention on the Law of the Sea Treaty, http://www.un.org/depts/los/convention_agreements/convention_overview_convention.htm, which was adopted by over 150 countries was deemed necessary to prescribe how Nations would handle issues related to all matters of the seas. One interesting Article of the Convention is Article 57, which is entitled Breadth of the Exclusive Economic Zone. That Article specifically prescribes that “the exclusive economic zone shall not extend beyond 200 nautical miles from the baselines from which the breadth of the territorial sea is measured. http://www.un.org/depts/los/convention_agreements/texts/unclos/closindx.htm. What that particular means is that Ukraine’s legal right to explore and exploit the resources found in the sea off of its coast is supreme without challenge by other Nations.

It is worth noting that during a May 2012 European Petroleum Conference it was reported that the waters off of the Ukrainian Coast, Black Sea, had “tremendous exploration potential” and that the waters off of the Russian coast were “less attractive.” Now it doesn’t take a Russian Rocket Scientist to foresee the potential economic benefit for Ukraine, but it will take a geologist to ascertain the precise place to drill in the Black Sea in order to bring up that gas. Upon development, such retrieval would have removed the dependence that Ukraine had for Russian gas and possibly Europe too with Ukraine being admitted into the EU.

In August 2012, Ukraine signed a Pact with Exxon, which beat out Lukoil, a Russian company, to develop the oil and gas resources off of the coast of Crimea. Of note is that in April 2012 then Prime Minister and not President, Vladimir Putin, signed a deal with the Italian Energy company, Eni, to develop the waters off of its coast shortly before becoming President on May 7, 2012. One can only speculate as to what Putin’s plan was for Ukraine’s “tremendous exploration potential” when he took office as the President of Russia, but I surmise that he may have put into place a way to bring Ukraine back under the auspices of the Russian Federation or a way to wrangle Crimea from Ukraine. http://www.nytimes.com/2014/05/18/world/europe/in-taking-crimea-putin-gains-a-sea-of-fuel-reserves.html?_r=0.

Approximately two years later on March 12, 2014, Russian oil and gas company, Gazprom, announced that it was going to build a natural gas pipeline that would bypass Ukraine and which will have the capability of transporting Russian gas to the central and southern parts of Europe. http://dailycaller.com/2014/03/12/russias-new-ukraine-strategy-take-crimean-oil-and-gas-build-alternative-pipelines/ Six days later Crimea was annexed into the Russian Federation. Included in Russia’s Annexation Treaty, Article 4, Section 3, was the following proclamation, “international law would govern the drawing of boundaries through the adjacent Black and Azov Seas.” Oh what a surprise, NOT!

There is good reason to speculate about the possibility of Russia causing Crimea to become unstable, because it would need a very good reason to invade another sovereign nation. Russia’s proffered reason for invading Ukraine was to protect Russian interests and its people living in Crimea. It appears that prior to 2012 those folks were living in a peaceful Crimea without consternation. The only other reason that Russia may have invaded Ukraine may lie in Article 4, Section 3, of its Annexation Treaty.

Based upon Russia’s/Lukoil’s failed attempt to access the “tremendous exploration potential” legally and its concern that Ukraine may be forever lost to the West upon entry into the EU, it is conceivable that Russia felt threatened and as a result proactive steps to ensure that Ukraine remained dependent on it for its energy needs. Such a move also ensured that Ukraine would not be in a position to compete with Gazprom upon developing the gas off of the coast of Crimea. Along with the annexation of Crimea, Russian took control over that part of Ukraine’s oil and gas company which was located in Crimea coupled with two oil rigs and exploratory equipment.

What will Exxon do to exert a claim of conversion regarding its lease of the Crimean oil and gas fields in the Black sea, only Ukraine can answer that question? One major recourse for Exxon through Ukraine is the UN’s Law of the Sea Treaty, specifically Articles 160 (2)(m) and 185 which calls for the suspension of rights and privileges of a State’s membership. With a Russian suspension, may come a UN proclamation that Russia’s claim to the 200 nautical miles from Crimea’s baseline is not valid and possibly sanctions which will prohibit member States from buying oil and gas from that disputed region.

On May 21, 2014, Russia signed a $400 billion (US) natural gas deal with China which requires Russia to supply China with natural gas for the next 30 years. The first shipment based upon that deal is expected in China sometime in 2018. The deal also calls for Russia to waive its usual requirement of prepayment in exchange for China agreeing to Russia’s asking price. Based upon the reporting in the following linked article, China and Russia had been negotiating the terms of this deal for approximately 10 years and one can assume that Russia’s acquiescence to China’s demand to end the prepayment requirement was the result of the sanctions targeted against it for invading a sovereign State.  http://www.cbc.ca/m/touch/news/story/1.2649241.

Russia’s power grab began in earnest while the West was asleep at the wheel, notwithstanding the French, https://justdmarkets.com/energy-the-french-capitalizes-on-it/, the West has not been making the type of deals that are coming out of Russia. http://www.usatoday.com/story/money/business/2014/08/02/us-coal-imports-up-but-exports-down/13368199/. Russia, the number 2 holder of the world’s proven coal reserves is making a play to challenge Australia’s dominance in the Chinese market. Australia is the world 4th largest holder of proven coal reserves, but Russia’s joint venture with North Korea to rebuild North Korea’s Rajin port wharf and rail link to Russia may help it gain more of Australian’s market share in China. Some of the advantages of Russia using the Rajin port is that it is ice free year around and it is a shorter travel distance to other parts of Asia. The port went operational back in September 2013 and since that time the price of coal has declined by 10% due to intense competition, which only benefits the coal producers’ customers. http://www.miningaustralia.com.au/news/russia-expands-coal-export-operations

In an effort to curve and possibly hedge against the instability of the energy markets China has called for an Asian Regional Alliance which will include Russia, Iran and China. The $400 billion gas deal mentioned earlier calls for Russia and China to build a pipeline to enable Russia to ship its natural gas to other Asian countries such as Japan and South Korea. With such a contemplated alliance, Russia and her partners may have the ability to dictate the price of its oil and gas in an arbitrarily and capriciously manner unlike OPEC in its matured days.

China is dependent on oil and gas rich States for its energy because it is the largest consumer of the world’s energy. China is also the largest market for that energy so it’s no wonder why it called for an Asian Regional Alliance that includes the Countries with the world’s number one and two proven natural gas reserves. http://www.businessinsider.com/countries-with-most-energy-reserves-2014-2?op=1.

Russia’s efforts to diversify its customer base for its oil and gas is also proving to be quite lucrative in the agriculture and chemical industries.  Four years ago, Russia signed an agreement with China and Japan to build a urea fertilizer plant in Russia. The deal was reported to be worth $1 billion with the plant anticipated going operational sometime in 2015. Such a deal demonstrates that Russia is looking to reduce its dependence on revenues from its oil and gas business like some of the OPEC member States have been doing for the past decade. http://www.thenational.ae/business/economy/saudi-reaches-out-to-diversify-its-economy. The companies involved in the fertilizing plant deal includes Mitsubishi Heavy Industries, Sojitz, China National Chemical Engineering Company and Ammony, a Russian State own company. Based upon the companies involved in that venture, it is proof positive that Russia is seeking to grow its economy by diversifying into the agriculture and chemical industries.  http://www.chinadaily.com.cn/china/2010-11/13/content_11545868.htm.

What better way for Russian fertilizer to gain a foot hold in a large market than partner with a State with the world largest economy. With the growing need for cheaper ways to produce more food for the world’s consumption, building a substantially large fertilizing plant with two of the largest Asian economies was a no brainer for Russia.

China has a population of nearly 1.4 billion people, which accounts for approximately 19% of the world population followed by India. China, in an effort to ensure that its populous has a constant supply of food has made significant land purchases in countries such as Ukraine, Brazil and some African States, which is to be exported back to China for Chinese consumption. http://www.channel4.com/news/china-ukraine-farmland-food-security-investment-overseas. One doesn’t have to think long and hard where most of that fertilizer will be shipped to and the money that China, Russia and Japan will be making from selling what it doesn’t use itself to other States.

Is the West still sleep at the wheel, where is or what is the U.S. Energy Policy? If Washington doesn’t wake up soon it won’t be oil and gas prices that it would be worried about. The outcry from the U.S. electorate has fallen on deaf ears in D.C., but until they stop complaining and start voting people into office with independent minds who are unconcerned about party politics or reelection they will get what they always complain about.