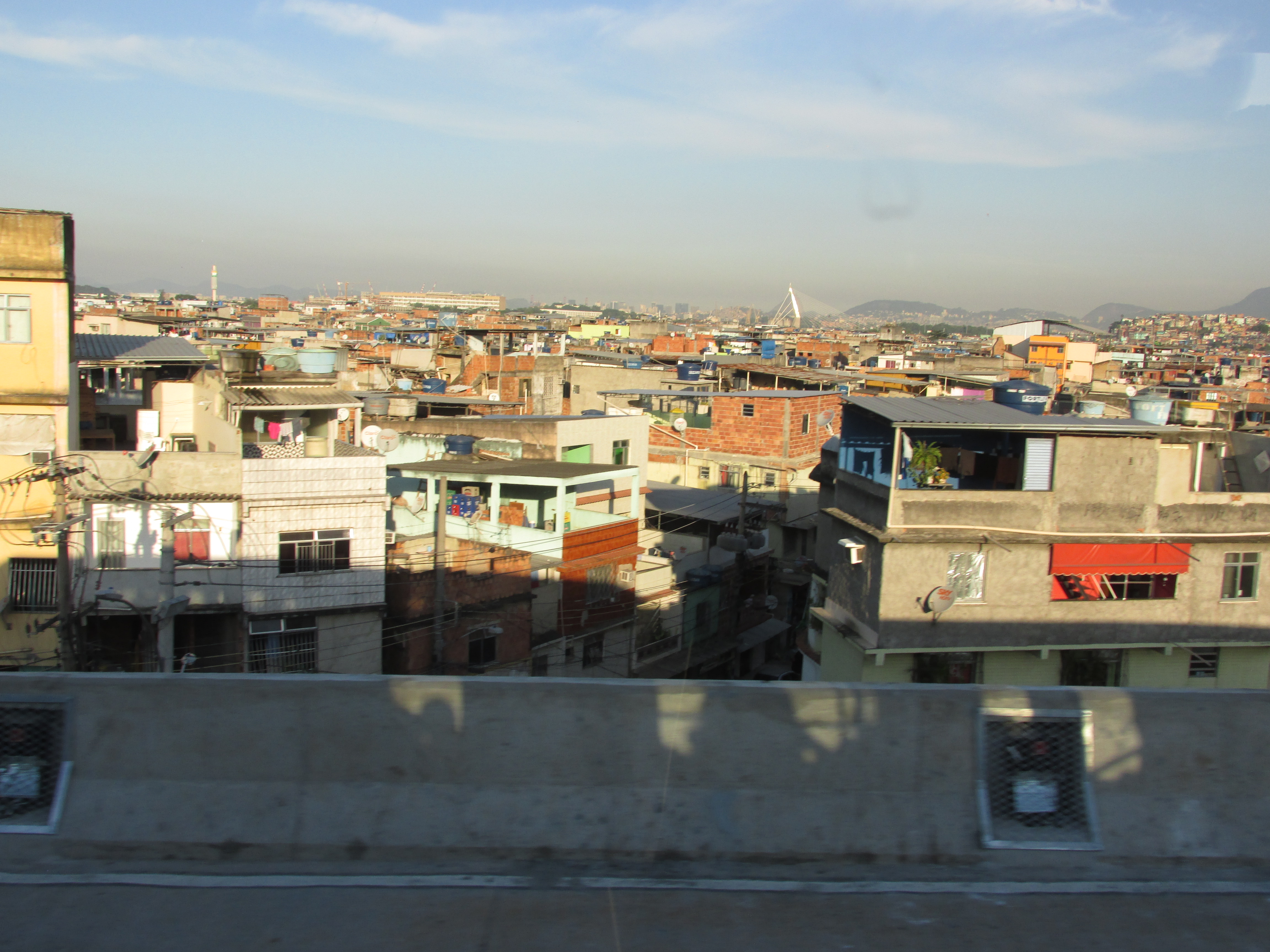 The price of doing the right thing can be detrimental to average citizens and equally so for sovereign States. An example of such action is the European Union (EU) joining the U.S. in sanctioning Russia for its incursion into the Ukrainian state of Crimea. The risk to the EU is monumental because according to an article written by Robin Emmott and Jan Strupczewski from Reuters, entitled Obama Tells EU To Do More To Cut Reliance On Russian Gas, the EU gets about 1/3 of its supply of oil and gas from Russia. They also noted that 40% of that oil and gas is shipped through Ukraine, which I assume may turn into a regional incident if Russia decides to delay or stop shipping oil and gas to the EU States depending on those resources. The aforementioned article was written on 3/26/14.

In the past Russia has demonstrated that it has no problem delaying the shipment of its oil and gas to a State that it has a dispute with. Back in 2006, Russia and Ukraine had a dispute regarding the price that Ukraine should pay for natural gas, which led to Russia cutting off its supply of the much needed gas to Ukraine during winter. Thereafter, in 2009 a similar dispute arose which led to Russia disrupting Ukraine’s supply of natural gas.

If such a disruption materializes as a result of the EU joining the U.S. in sanctioning Russia for its incursion into Crimea, it is the hope of the EU that the U.S. will export some of its natural gas to Europe; but U.S. President Barack Obama warned the EU that it should not rely solely on the U.S. for that resource and encouraged the EU to begin the process of developing and producing its own supply of natural gas. In the short term, if Russia decides to take retaliatory action against the EU in response to the EU’s agreement to sanction Russia that decision may cause EU member States’ economy to falter as they are currently trying to recover from a prolonged recession.

It is my opinion that any hope that the EU have in the U.S. coming to its aid in the short term is misplaced because the U.S. has strict regulatory guidelines regarding the export of its natural gas. Currently, any contemplated export of natural gas produced in the U.S. must first get approved by the U.S. Department of Energy and currently only 6 have been approved thus far. According to an article written on 3/25/14 by Ayesha Rascoe of Reuters entitled U.S. Lawmakers Mull Speedier Gas Exports to Help Ukraine, Europe, Congressional Hearings are being held to ascertain how approval of 24 export applications can be hurried in order to help NATO allies reduce their dependence on Russian gas.

She also noted that “export projects, once approved, would take several years to construct and actually ship gas,” which supports my opinion that the EU’s decision to support sanctions against Russia may cost it dearly in the short term. What the EU did was courageous and the right thing to do, which may result in an economic downturn in its recovery efforts. What’s even more interesting is that Switzerland may also face an economic downturn in its economy for taking action in dissent of the EU’s policy regarding the free movement of citizens immigrating to its country from the EU’s 28 member States.

In February 2014, the citizens of Switzerland voted to limit the number of immigrants coming across its borders from EU member States. The measure was general but its effect is to curtail the number of new immigrants coming from newly inducted EU member states from Eastern Europe, such as Croatia, as demonstrated by Switzerland’s halting of a contemplated labor-market agreement with Croatia. As a result of the Swiss’ Referendum on the EU’s policy regarding “free movement,” the EU has put a hold on two contemplated agreements with Switzerland, which are a research deal and a student exchange program.

The research deal, Horizon 2020 Research Program, is worth approximately €80 billion and the student exchange program, Erasmus Plus Education Exchange Program, is worth approximately €14.7 billion. According to an article that was found on DW.DE (Deutsche Well), dated 2/18/14, entitled Back to Square One for Switzerland and the EU, the aforementioned research program is designed to “supports joint research projects between companies and universities from various EU countries,” which I assume may have a potentially devastating effect on Swiss companies and universities that depend on those funds to further its business and academic goals if that program is completely terminated.

That article also noted that the Swiss have approximately 120 contracts with the EU and that 2/3 of its imports are to EU member States, whereas the Swiss account for only 7% of EU exports. Based upon those statistics it is evident that the Swiss’ dependency on the EU markets may placate the EU’s confidence that Switzerland may change its stance regarding its “free movement” policy.

Swiss proponents of the limitation on free movement were noted in an Al Jazeera article dated 2/23/14, entitled Swiss Government Minister Defends Voter-Passed Immigration Curbs arguing that last year the number of foreigners living in Switzerland rose by 61,750 with 2/3 of those immigrants coming from EU member countries. In another article entitled Merkel Calls on EU to Remain Calm After Controversial Swiss Referendum Curbing Immigration, it noted that Switzerland’s immigration population is approximately 25%, which may be a real concern for non-immigrant Swiss job seekers. That article was written on 02/18/14 by Reuters.

In that same article, German Chancellor, Angela Merkel, called on the EU to not make rushed decisions and noted that “the challenge will now be that we deal with the results in a way that relations between Europe Union and Switzerland remain as intense as possible with respect for the referendum.” She made those remarks during a visit by Switzerland’s President Didier Burkhalter, who remarked that the Swiss government “will give special consideration to its relations with Croatia and ensure that the new legislation [is] implemented in a ‘non-discriminatory’ way toward the newest EU member.”

The Referendum calls for the Swiss government to renegotiate its labor-market agreement with the EU within 3 years, which is to limit the free movement of citizens coming from EU member States into Switzerland. It should also be noted that Switzerland is not a member of the EU, but it adopts most of the EU’s regulations in order to maintain its financial relationship with EU member States. One reason that Chancellor Merkel may have been calling for calm is what was reported in the aforementioned article, which was that Germany’s and Switzerland’s bi-lateral trade volume amounts to approximately €75 billion a year with approximately 350,000 German nationals being employed in Switzerland. Although it appears that Germany may be okay with the Swiss’ new law, as a member of the EU it will be bound by any decision/ruling handed down by the EU in response to the Swiss’ Referendum which may affect that crucial trade volume mentioned above.

An indicator that the EU may be unrelenting on its position regarding the limitation on the free movement of citizens from EU member States is a statement made by Joe Hennon, EU Spokesman. He was quoted in a 2/17/14 article by Reuters entitled EU Halts Research Deal With Switzerland Over Shelved Croatia Pact saying that “the free movement of persons between the EU and Switzerland is a key principle that we will not put into question.”

As did the EU, Switzerland’s decision to exercise its free will and voice its dissent over a policy that it found objectionable may result in economic costs that may test the resolve of the Swiss people and its government. At the end of the day, such decisions call for tough people to make difficult choices and sometimes those decisions have the potential to drastically test to resolve of a nation.