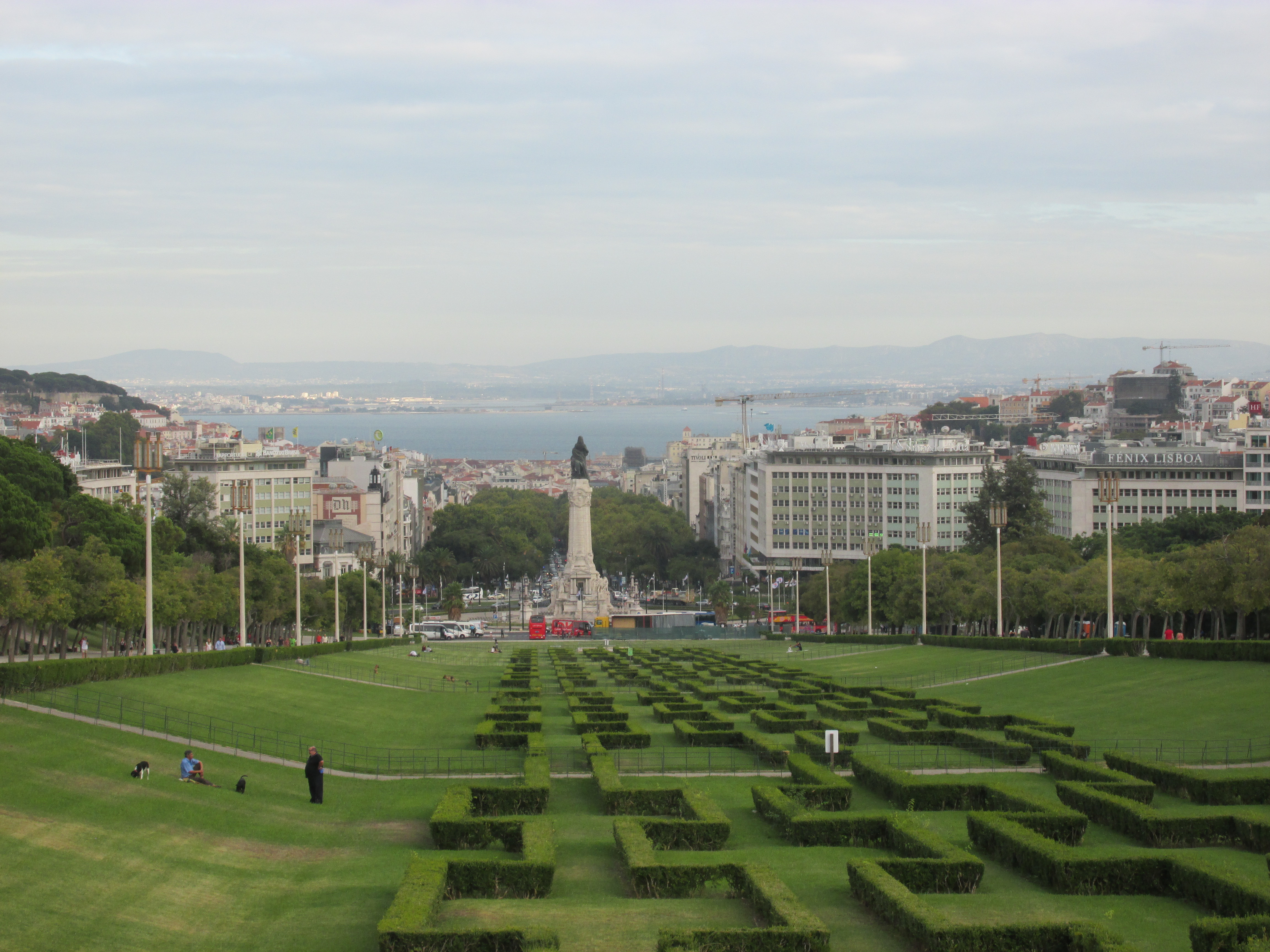 The affects of Foreign Direct Investments (FDI) negatively impacts both Nation States, often times leading to civil unrest and a drain on the State being invaded. Those investments are referred to as Greenfield Investments, where a business operation is built from the ground up in a foreign country.

IT AFFECTS BOTH NATION STATES

The latest source of economic prosperity for developed countries has come from monies generated and earned outside of those Nation States. Like Nation States that are havens for offshore bank accounts, the governments of undeveloped Nation States enact very liberal laws to facilitate the free flow of capital from its shores to other parts of the developed world.

Without the free flow of capital, which fuels the engines of trade and commerce developed Nation States would lack the ability to expand its economies and sustain or initiate domestic programs within their own borders.

Unfortunately, those engines of trade and commerce sputter for developing Nation States often times leaving them in vulnerable positions to be taken advantage of by more sophisticated States and multinational corporations. In addition, developed States usually have more business savvy and expertise to negotiate favorable trade deals that facilitate easy access to raw materials, infrastructure and labor force of the targeted undeveloped State. Such deals result in decades of legalized pilferage and abuse of the targeted State’s natural resources and human capital, which stir feelings of discontent among the indigenous people and causes government instability.

That fact is apparent as underscored by the African Union’s (AU) pronouncement, which stressed to its member States the importance and seriousness of being better stewards of their nation’s natural resources and human capital. The AU’s hope is that its member States become more intellectually astute prior to negotiating complex and far reaching trade deals with developed States and multinational corporations. The result being a fair and balanced outcome for both parties. http://allafrica.com/stories/201606150497.html.

This growing source of revenue for developed States is technically known as Foreign Direct Investments (FDI), but is commonly referred to as Greenfields. Greenfields are ground to market operations whereby foreign multinational corporations build their operations in another country from the ground up, usually in developing States.

The benefit of Greenfields as noted by Investopedia.com is that they provide multinational corporations with the greatest degree of control over how their facilities are built and how their contemplated workforce is trained. http://www.investopedia.com/terms/g/greenfield.asp

Some of the risks associated with Greenfields as noted by Investopedia.com is that such projects are long-term commitments for the multinational corporation and any relationship with the host State may change during that extended period of time as a result of economic instability or a change of administration. One doesn’t have to research too far back for examples of those kind of changes as evidenced by the Death of Hugo Chavez in Venezuela and the insurrection happening in North African States such as Tunisia, Algeria and Libya. https://libcom.org/news/insurrection-north-africa-story-so-far-17012011. One can also look at the African State of Uganda, http://www.bbc.com/news/world-africa-14491135, coupled with a look at the dire straits Brazil finds itself in with the change of its leadership. Although not a recent occurrence, Cuba remains a sore spot in the United States’ psychic, which is finally healing after 50 plus years.

India has longed been a potential target of developed States and multinational corporations, but has been untouchable, no pun intended, until the election of Narendra Modi in 2014.

Prior to the election of Mr. Modi, U.S. President Barack Obama’s efforts to negotiate trade deals with India have been unsuccessful as evidenced by the comment he made in 2013. Mr. Obama stated “in too many sectors, such as retail, India limits or prohibits the foreign investment that is necessary to create jobs in both our countries, and which is necessary for India to continue to grow.” http://www.ndtv.com/india-news/obamas-fdi-remark-draws-sharp-criticism-from-government-opposition-492939.

In fact, Shilan Shah, a Singapore-based India economist highlighted the difficulty facing Prime Minister Modi’s efforts to grow his State’s economy and improve its outdated infrastructure by noting that “the really big constraint is the parliamentary blocks that we’ve seen, there’s been very little progress on policies to ease land acquisition laws and to ease the very rigid labor market as well.” http://time.com/4055183/india-fdi-greenfield-top-rank-u-s-china/. India is an anomaly of sorts, as its workforce is highly educated and technically competent, which make that State an ideal place for Greenfields. That may also explain why developed States such as the U.S. are having a tougher time negotiating trade deals that benefit its interests over India’s.

Another driving force behind Greenfields is the high cost of labor in developed Nation States. During the industrial revolution in the U.S. the cost of labor was low and both the workers and the domestic companies prosper because the money that was earned by those workers was infused into auxiliary industries. When I refer to low wages, I’m not taking about slave level wages, but the wages that were paid to workers in the automotive and manufacturing industries, which were above the average paid at that time. In turn, those workers purchased homes, cars, clothes and even put their children through college.

When the cost of labor in the U.S. began to surpass the cost of the aggregate materials that were needed to produce or manufacture that product U.S. companies began to look outside of its borders for cheaper labor, thus the run on undeveloped States such as Mexico, China and now India.

An example of how the wheel of exploitation turns when multinational corporations discard cheap labor can be found in China. When China’s workforce began to make more money by working in factories as opposed to farming they began to fuel the growth of auxiliary industries as it did during the industrial revolution for the U.S. China’s economy is slowing as a result of stiff competition from other States offering cheap labor.

As explained by the National Review, “with productivity waning in its low-skill industries, alongside wage inflation, China is increasingly struggling to compete with nations such as Vietnam that produce the same goods more cheaply. What fueled China’s rise – mass production at low costs – will bring on its decline.” http://www.nationalreview.com/article/417564/why-congress-must-give-obama-fast-track-authority-tpp-tom-rogan. Unfortunately, with the world being so interconnected there does not seem to be an end in sight to stem the tide of Greenfields as they appear to be an entrenched part of our global economy.

Currently, the Asian Pacific Realm accounts for 45% of the world’s Greenfield investments with India, Indonesia and Pakistan seeing the largest increases of those investments. China unfortunately saw a decrease in Greenfields investments as a result of its rising labor costs, http://on.ft.com/1QmSaXH, as discussed above.

The fact that jobs are lost when multinational corporations ship the manufacturing of its goods to places with cheep labor or use that cheap labor to build the factories, roads and infrastructure to facilitate the free flow of those goods back to their home States is a travesty. Such concerns have also landed on deaf ears in the pillows of power and in the offices of elected leaders.

Should the practice of Greenfield investing be regulated because of the devastating effect that they could cause at home and abroad, well that’s a call for the people who vote to effectuate change to make. Those folks are the people who live in the States that are most effected by the affects of such practice.

It’s undeniable that the engines of change are painful, but it’s also up to the leaders of Nation States to find real and viable solutions to ease the burdens and stresses that those changes have on its citizenry, thus the BREXIT.

Sure, the opponents’ rationale for the BREXIT was based upon misstatements of fact, but what was undeniable were the real frustrations of the people who voted to exit the EU. They were sick and tired from being sick and tired of their leaders ignoring their very real needs and calls for action.

Therefore, let BREXIT be an example and wake up call to other Nation States otherwise your constituents may give you the finger and say BREXIT you too.