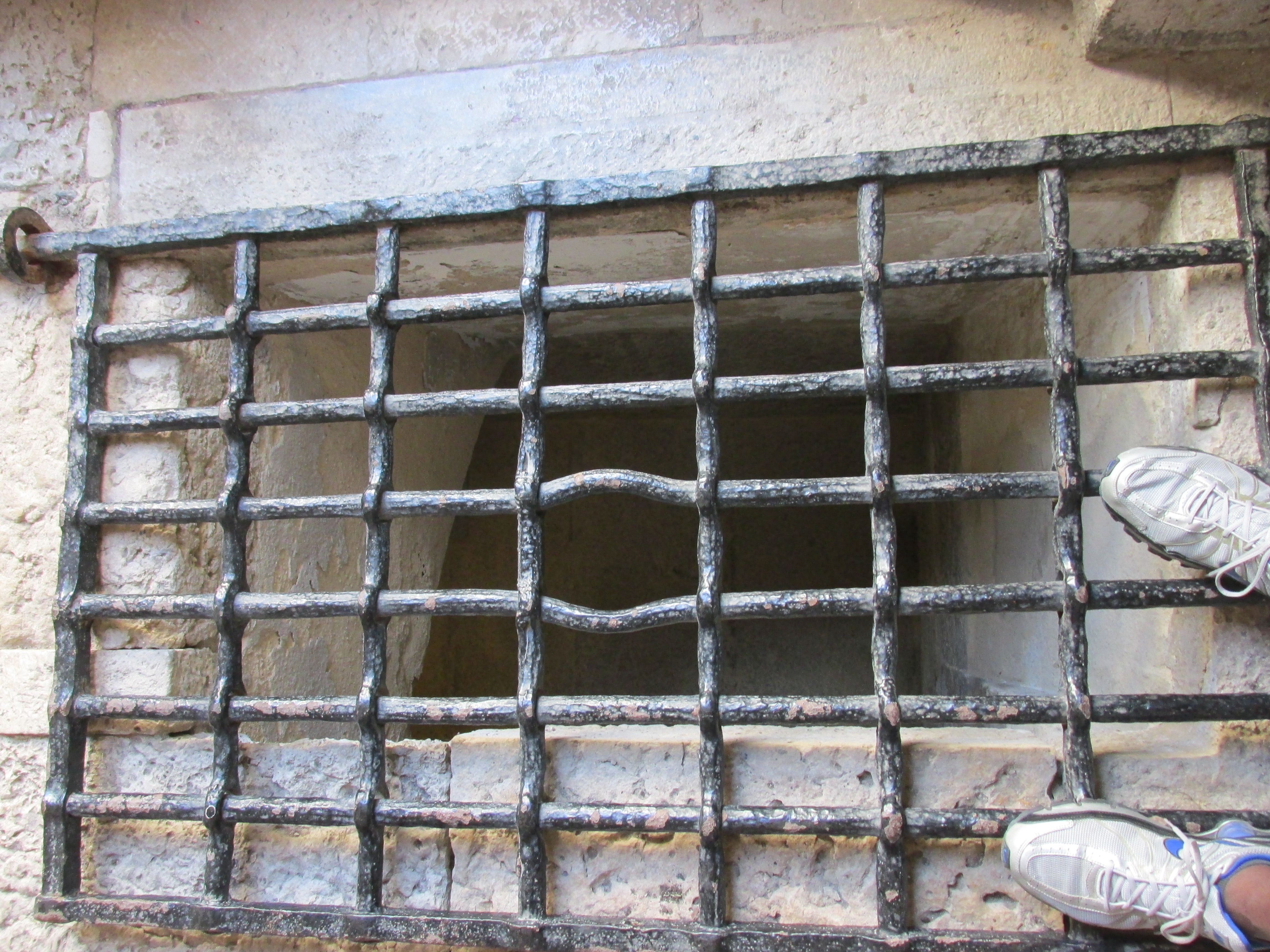 Jackson is a homeless person who was befriended by Dr. Forrest Stuart, Sociologist, while he was conducting field research on Los Angeles’ skid row. That research subsequently resulted in Dr. Stuart’s critically acclaimed book entitled Down, Out and Under Arrest: Policing and Everyday Life in Skid Row. http://press.uchicago.edu/ucp/books/book/chicago/D/bo23530208.html

Dr. Stuart noted in his book that Jackson was once a machinist in the aerospace industry who now lives on Los Angeles’ skid row with his wife Leticia. He wrote they are able to barely survive by Jackson’s efforts as a street vendor.

The reason for the sharp decline in those jobs is attributable to the decline of national defense spending. Both industry and government were acutely aware of the projected downturn in defense spending, but failed to put in place job training programs to ensure that the middle class who depended on those jobs would not face financial calamity as a result of that external force.

There is nothing wrong with companies  reaping the benefits of one man’s labor, but when industry and government whose successes were obtained on the backs of those laborers fail to act in the face of foreseeable external forces then we read about people like Jackson and his wife.

The consequences of industry and government not having an instructive or viable jobs training program during that time period not only effected the poor and middle class, but it also affected the coffers of industry and government in the form of lost opportunity cost. Specifically, for industry the lost of adaptable skilled workers and for government the lost of tax dollars. When one portion of society feels that they are not part of the whole or feels that Policies are not being implemented for their benefit they tend to look for support where they would not have otherwise considered. Most times those individuals can be saved, but some times they cannot.

For example, in France inmates who are incarcerated on terror-related charges or whom prison officials believe are susceptible to radicalization are boxed off from the general population and offered the services of psychologists, teachers, imams, and other professionals with the goal of coaxing the inmates toward healthier perspectives. http://www.motherjones.com/politics/2016/08/french-prisons-terrorists-radical-islam. The United States and other western States have similar programs, but according to Mother Jones Article the program in France is not working. I suspect that the programs in other States aren’t working either.

The reason cited in Mother Jones for such programs not working is based upon the following premise:

If you put all these people together who are only thinking about radical Islam, who are only talking about it, it’s hard to break that mentality. The article also noted putting people in the program who aren’t yet radicalized pushes salvageable inmates over the edge.

Thus, the hope that some of the vulnerable citizenry can be saved from despair and saved from going over the edge. As noted above, when people are vulnerable they are susceptible to harden and unchasten minds and act against their own self-interest even to the detriment of their families.

Mother Jones quoted Mark Hamm, former Director of Education and Programming for the Arizona Department of Corrections, saying “the best cure for prison radicalization . . . is you ‘give people hope and you give them something to do. You keep them busy. You don’t neglect them.’” I would add doing those things is also the best cure for those who experience job losses because giving the unemployed hope and an opportunity to succeed bolsters both industry and government as I noted above.

The time, energy and money that government is forced to utilize policing, investigating and housing its convicted citizenry could be better placed in job training programs, which I believe will give those individuals hope prior to them being brainwashed into ascribing to ideas that they would not have otherwise entertained but for their economic condition.

President Obama stated that “we need to do everything we can to make sure America’s young people get the opportunity to earn the skills and a work ethic that come with a job. It’s important for their future.” That sentiment could not be so true now and the Workforce Innovation and Opportunity Act that he signed in 2014 is a great first start. The act is designed to give schools the opportunity to design educational programs that best fit the needs and job training requirements in their specific communities.

Time Magazine noted “by 2022, 11 million workers will lack the education necessary to succeed in a 21st century workplace including bachelor’s degrees, associate’s degrees, and vocational certificates.” http://ti.me/1nOW9xV This is why I am ringing the alarm now because more needs to be done at the state and local levels in order to address this foreseeable dilemma. Just look at the economic situations in West Virginia caused by the lost of jobs in the coal mine industry, which was foreseeable as more alternative forms of energy were coming onboard.

Back to California, let’s see what it is doing now to keep from repeating the past, http://www.caeconomy.org/progress/entry/2013-workforce-action-team, albeit too late for Jackson and his family. The California Economic Summit via its Workforce Action Team identified the following job training problems and possible goals to address them:

California Aerospace Industry Economic Impact Study recommended California “boosting STEM education in schools . . . making sure California funds properly career technical education (CTE) in in-demand job fields,” which evidences the importance that industry is placing of Science, Technology, Engineering and Math (STEM) being taught in all schools and not just in the affluent ones. Creativity and Imagination is not limited to the affluent, but is often discovered and developed out of and from necessity and desperation.

In closing, when industries such as the aerospace industry spend a small fraction of its earnings on the future of its workforce, it stands to be the biggest recipient of that investment. Otherwise it will be paying more in taxes resulting from the policing, investigating and housing of its State’s citizenry because they’ve made decisions based upon their economic condition, which the government could have curved with instructive and viable job training programs.