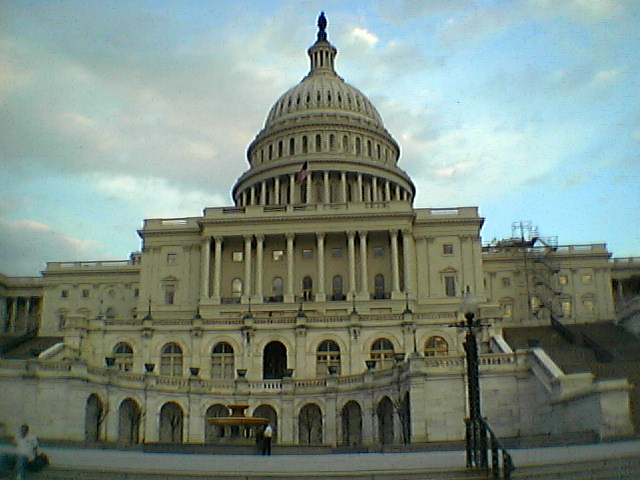 It’s all human waste. In fact, a former National Security Official from the United States said of China’s position regarding data, if you own data you have power. Think about this, if you know how someone feels, what they believe in or what their future plans are then you are in a position of power to influence that person’s life in an adverse way or change the course of their decision making.

That fact became more evident when a political consulting firm was able to gain access to approximately 87 million Facebook users’ personal data via a personality quiz. That quiz is alleged to have pulled data from the friends of those who took the quiz who were also users of Facebook.

So, what was that firm alleged to have done with or alleged to be contemplating with the alleged psychological profiles created from the information that was obtained from those Facebook users. Well, it is alleged to have been employed to send the most effective political ads to potential voters for the 2016 Republican Presidential Nominee. That quiz is alleged to have been created by a Russian Psychology Professor who was employed by a prestigious university in another western country.

In 2016, it is also alleged that the information obtained was used in the campaign to decide whether the United Kingdom would leave the European Union.

As history has documented, both campaigns were successful. The Republican Presidential Nominee won the 2016 election and the vote to leave the European Union was also successful.

So what gives? Why the change of heart?

Is it that the data that was used to influence people’s thinking about an individual or an event became stale? In my opinion, yes. People’s opinions and emotions change as often as the direction of the wind. Since Facebook realized how an external entity was able to access its users personal data, it took steps to ensure that that particular scenario didn’t happen again.

So without access to such sensitive information, how can an entity specifically target someone to vote for or take action on a cause that it is advocating? Easy, with misinformation and in some cases with outright lies.

Hitler is alleged to have said the following: If you tell a lie big enough and keep repeating it, people will eventually come to believe it.

But in his Autobiography entitled Mein Kampf, which is German for “My Struggle” Hitler wrote the following:

That in the big lie there is always a certain force of credibility; because the broad masses of a nation are always more easily corrupted in the deeper strata of their emotional nature than consciously or voluntarily; and thus in the primitive simplicity of their minds they more readily fall victims to the big lie than the small lie.

In essence, what those who seek to misrepresent or outright lie about with regard to their true intent or position have learned from Adolf Hitler, is that they have to touch an emotional cord in order to move their intended listeners to act as they would like for them to.

And that is exactly what is going on today. There are all sorts of misinformation campaigns going on that are targeting people’s inner emotion.

This is the reason why misinformation is the new crypto currency. The comparison is quite striking. Both are associated with the dark web where their true owners or originators are hard if not impossible to identify.

I’m reminded of an incident that targeted then 2016 Democratic Presidential Candidate Hilary Clinton. Days before the election someone initiated a misinformation campaign to strike fear in people to turn them away from candidacy; specifically someone posted on social media stating that a pizzeria in New York, which had previously offered to host a fund raiser for Hilary, was the headquarters of a child trafficking ring led by her. Of course, that story turned out to be completely false.

Another misinformation campaign is happening now and is just as disturbing. Apparently, John F. Kennedy, Jr. is going to Dallas, Texas to announce that the 2020 Republican Presidential Candidate who lost that election will be reinstated as President.

JFK, Jr. has been deceased for close to 20 years and died as a result of a plane crash. That is factual. You may be asking yourself how can a mass of people believe that he would be coming back to life, I say easily. All those who practice the Hitler Doctrine have to do is sprinkle a little truth in a BIG LIE along with the right emotional tone and boom, they have hundreds of people in front of Dealey Plaza standing along the parade route where JFK, Jr. father was assassinated.

You like myself are probably asking what’s the sprinkle of truth in that BIG LIE? Frankly, the only thing that I can think of is that Dallas is where JFK, Sr. was last seen alive. So, maybe that’s why they think that JFK, Jr. will announce the former president’s reinstatement there. Yes, I know it’s a stretch but no one ever said that rational thinking was required to believe that JFK, Jr. would present himself in Dallas to reinstate the former president. Per the Hitler Doctrine, all that is required for a big lie to be believe, rational or not is to believe that the “masses of a nation are always more easily corrupted in the deeper strata of their emotional nature.”

Have you ever asked yourself why those conducting a coup always seek to take control over the public airwaves, such as TV and radio stations? It’s so that they can control the narrative and steady the people’s emotions in an effort to gain their support for the actions that they have taken.

It’s important to note that social media platforms are the new public airwaves and that they maintain more insightful and personal information on their users than most Nation States combined. That is why advertisers are directing more of their client’s money towards social media outlets and towards more of those platform’s “influential users.”

The amount of influence that someone with millions of followers has on the public at large is impactful and powerful. They can move the needle in any direction and if personally inspired or paid enough money can move people to act in favorable or unfavorable ways. This could be the reason why China is requiring tech companies operating there to relinquish their encryption keys so that they can access those platforms’ user personal data.

Take authoritarian States such as North Korea, China and Russia. The leaders of those nations take extreme measures to ensure that theirs and no others’ messages are heard. In fact, it has been reported that journalist and others in those countries have been jailed or murdered for reporting on matters that contradict the narratives pushed by the State.

Nation States are not the only ones utilizing the Hitler Doctrine. There are local, state and national politicians all over the world employing this doctrine and with great success. Take the United States, you have congressional members taking to social media making outlandish comments or statements and espousing misinformation all in an effort to garner campaign funds. The more outlandish the statement the more money they raise.

What’s interesting is that most of those individuals know what they are espousing is absolutely false, but in order to stay in power or to meet campaign-funding goals they and their leaders turn a blind eye to the truth.

Democracy is very fragile, just ask Pre-Nazi Germany. All it took for Hitler to gain power in that country and of its people was for him to tap into “the primitive simplicity of their minds.”

If you do not believe that democracy is fragile look no further than the United States on January 6, 2021. On that day, an insurrection occurred which almost succeeded. What kept it from succeeding was the will and determination of those who believed that democracy was too important an institution to let falter.

Who initiated the insurrection, well that’s currently being investigated by the U.S. Congress but just like the mystic of crypto currency, the world may never learn who “all” were involved in planning and inciting it.

You can find me and hopefully follow me on Instagram at Nubian_Scribe, where there is a link to my Podcast entitled “The Overcomers – We Still Here.”