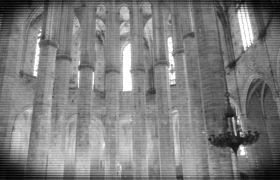 RACE IS NOT AS POWERFUL AS THE HATE BEHIND IT –

FIRST, let me start by saying that ALL LIVES MATTER even BLACK LIVES. The divisiveness regarding whose lives matter more is obviously destructive and counter-intuitive. The issues as I see it are of equality and perception.

Do all citizens in a country not just in the United States, but the world over get treated fairly no matter the color of their skin or the religion that they practice? No. Why, the answer is simple perception.

Each racial group has perceptions about the other, why because it is human nature to judge. One group will also believe that their race is far superior to the other.

When did the sense of superiority and perception first come into fruition, if you are a Christian you can trace it back to ancient biblical times when the devil approached Eve in the Garden of Eden. I’m sure that other religious faiths can cite sometime in its writing or teachings where perception and a sense of superiority first reared its ugly head. For the Christian faith it began when the devil was kicked out of heaven because he thought that he was far superior to God.

The devil commenced his revenge when God created heaven on earth. The devil sought to and did in fact pervert the earth by turning its first inhabitants, Adam and Eve, against God. The devil convinced Eve that he knew more than God and told her if she and Adam ate from the Tree of Knowledge that they would not die as God warned them. Well, most of us know that Adam and Eve did eat from the Tree of Knowledge, which led to them being kicked out of the Garden of Eden, which resulted in a lasting wedge between God and man. Thus, the first human recording of the destructiveness of perception and superiority complex on mankind.

Had Adam and Eve refused to perceive that the devil knew more than God heaven as it was created on earth would still be blissful, but as we look around the entire world it is a cesspool pool of racism, hatred, divisiveness and all out violence against those who are perceived to be less than those in power, of a different race or of a different religion. So, which race was initially superior to the others, NONE. How do we solve the underlying issue of lesser than or greater than? We must first respect the differences that make each of us who we are. You may say, yeah that’s easy enough, but it will never work. I agree until the true history of Blacks is taught to our children in school. How are non-black children expected to respect Blacks and their contributions to the world when they are taught that Black people contributed little or nothing to the building or making of Western States and were nothing but slaves?

If you want to get technical civilization began on the continent of Africa. I believe that most genealogist and anthropologists have put that question to rest. Black people built more than the great pyramids in Africa, Mexico and other places on this earth; they were masters and teachers of mathematic and science, which the world uses today. Historians not the ones who refuse to write Black people’s true history in children’s history books, but the ones who teach African History on college campuses and those who write about the great African civilizations and their contributions to mankind are the real champions of Black people’s history. It is sad that Black people and non Blacks who want to understand and learn more about the Black race have to wait until they go off to college or learn about it on their own by watching the History Channel, Public Broadcast Stations or the Discovery Channel to get a full appreciation of the Black race.

For those who subscribe to white supremacy and clutch to the Bible as tight as you hold your lips to frown at Black people whom you pass on the street; clutch your purse when a Black man walks by you; call the police on a Black person sitting at a coffee shop or on a Black child selling lemonade on a street corner; ask you to leash your dog and you call the police and act like you are being assaulted by a Black patron of the park; calling the police on Black people BBQ in a public park; shoot a Black man in the back when he complies with your order to get his license from his car; shoot unarmed Black men in the back; strangle unarmed Black men to death even after it is clear that they have lost consciousness and don’t attempt resuscitation; fail to stop fellow officer from brutally murdering an unarmed Black man;  hunt down and trap a Black man who’s jogging and guns him down and records it I refer you to Genesis 2:13-14 of the Kings James Bible.

It reads as follows: And a river went out of Eden to water the garden; and from thence it was parted, and became into four heads. Close quote. One of those rivers “compasseth the whole land of Ethiopia,” which is a country on the continent of Africa. I’ll leave it to the historians and Bible scholars to chime in on whether there was one continent, Africa, before the birth of Jesus Christ and whether the countries of Ethiopia, Egypt, Assyria (Iraq), Lebanon (Turkey) and Saudi Arabia were on that continent. The point that I want to stress is that no one race is better than the other because we all came from the same place, Africa. Just like today, there are different skin complexions of people and as written in the Bible there was a whole lot of race mixing going on, which further evidences that we are all brothers and sisters, but with different hues of skin.

I leave you all with this request, make all lives matter even Black lives. Learn more about each other by talking to one another and respecting each other’s differences. A smile is a great place to start! It just might lead to All Lives Sleeping Together At Night under the same sky in peace.