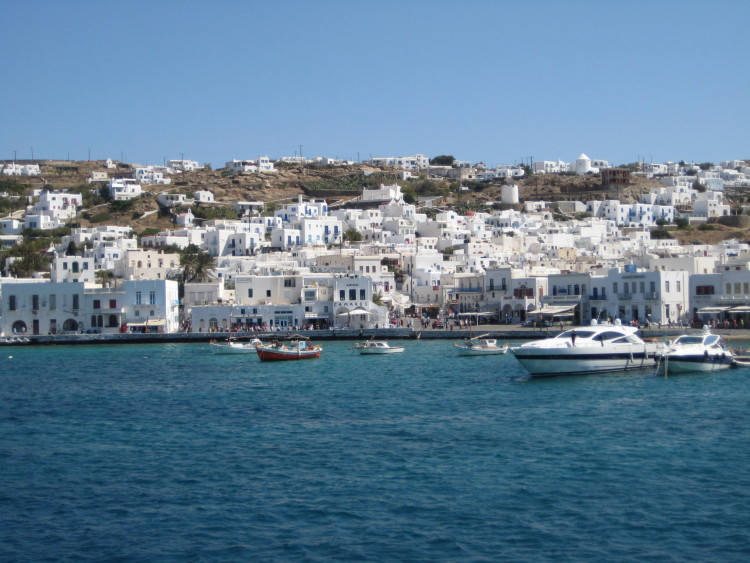 Wealth is an enemy of the State because it corrupts those individuals in power who were voted into public office to help the very people that they are supposed to serve. When you see images of a disabled child in India chained to a pole like a dog because his only caregiver has to beg for food to eat or homeless people sleeping on sidewalks that are less than a mile from the United States capital it makes you wonder how can such images exists in prospering and developed States.

One would expect to see such images emerge from a State like North Korea where crippling sanctions, deserving or not has made it difficult for that State to feed its own people or from a State like Haiti. As most people know, Haiti was devastated by an earthquake and is struggling to rebuild in the wake of a long term economic crisis which makes such images even more difficult to view. Images of the poor in a state of despair should not even exist not alone be found in prospering and developed States.

My definition of a prospering State is one which has achieved economic prosperity that affords it with an overabundance of resources to improve its infrastructure and to improve its educational system. Examples of such States include nations like Nigeria, Brazil and India. Deserving enough, the citizens of those States have called for and are calling for economic and educational equality as they see new roads being built for the benefit of oil and tech companies, and for the newly influent. Education is the key to any State’s economic prosperity and sustainability as outlined in an article entitled Old School vs New School which can be obtained at https://justdmarkets.com/old-school-vs-new-school/.

The 2014 FIFA World Cup highlights such an outcry, deserving or not where the poor citizenry of the State of Brazil are protesting Futebol Stadiums being built in places that will more than likely not be used again or that will fail to recoup the monies  that was used to build them. It’s hard for such an electorate to appreciate such a venture when they are starving and crying out for help to ensure that their children have a better education than they had. Sure, the State of Brazil built those stadiums to bolster tourism and to highlight the State in order  to draw more foreign investment, but the poor citizenry of Brazil, fair or not only see what they are and not what they are to do.

Most States have specific language in its Constitutions regarding equality and basic human rights, but when the poor of those States don’t believe that the State doesn’t care about them then protests like those happening in Brazil take place. Another example of such a protest was the ones that took place in Nigeria when that State decided to discontinue providing fuel subsidies to its citizenry.

So, what’s the solution? I believe that it all begins with the people. For example, the second most powerful congressional member in the U.S. House of Representative, Eric Cantor, lost his Congressional seat to an unknown college professor. Mr. Cantor spent approximately $5 million dollars on his re-election campaign compared to his victorious challenger, who spent approximately $250,000. Additionally, according to the L.A. Times, tax-exempt advocacy groups, not super political action committees (PAC), spent approximately $360 million dollars in 2012 to unseat U.S. President Barack Obama, http://graphics.latimes.com/2012-election-outside-spending/election.

What’s fascinating and astonishing about the L.A. Times article is that after it was announced that President Obama was reelected for a second term; it was evident that it was the people and not the various advocacy groups and PACs who were victorious that night. That night also left one of the principal figures for the other political party bedazzled and in total disbelief on live national television. He looked so disoriented sorting through his entire vote tallies that I almost wanted to give him U.S. Senator Marco Rubio’s infamous water bottle to refresh him. The reason that he was in total disbelief and complete denial regarding the results of the election seems in my opinion to be attributed to his belief that money could prevail over the people. #wethepeoplefirst.

The citizenry of the U.S. is starting to take back their government and remind its elected official that “we the people” are their real constituency and not the fat cats who throw money at them to sway legislation that is not in the people’s interest. One example of such legislation is the Dodd–Frank Wall Street Reform and Consumer Protection Act. What tax payer want banks to over extend it selves and act recklessly resulting in them being bailed out using tax payers’ monies, none that I know of regardless of that tax payer’s political affiliation.

I think that the following lines, in part from a song that was written by John Whitehead, Gene McFadden, and Victor Carstarphen which is entitled Wake Up Everybody, that was originally performed by Harold Melvin & the Blue Notes sums up the general tone of electorates in other States too such as Egypt, Syria, Spain, Italy and the United Kingdom. The lines are as follows:

Wake up everybody, no more sleepin’ in bed

Wake up all the teachers, time to teach a new way

Maybe then they’ll listen to whatcha have to say

When you teach the children, teach ’em the very best you can

The world won’t get no better

If we just let it be

The world won’t get no better

We gotta change it, yeah, just you and me.

Let’s make this song the anthem for real change for global equality and regaining our voice in State governments all over the world!